BYOR: build your own rituals / Reflections

Creating and choosing your own hymn

Part of our Build Your Own Rituals series.

On my now-daily walks to the bit of woodland near my home, a song has been finding its way into my head again and again.

It’s a 19th-century folk song from Norfolk called Linden Lea. Written as a poem by William Barnes and set to music by Ralph Vaughan Williams. It expresses the joy, both deep and simple, that the writer takes in walking in their local woodland throughout the seasons.

I first learned this song in my high school choir. As an image-conscious fifteen-year-old grunger, I found it boring and pretty twee. However, this spring it has surfaced from within my subconscious as a motif whenever I am out appreciating nature. The play of light on leaves, the way a bough leans down across a woodland path; these things brought the words of this love song to the Norfolk countryside back to me (I’ve since discovered an awesome arrangement by folk musician Johnny Flynn).

Now, each time the grey tarmac gives way to springy soil under my feet, the melody of this old song floats back to me on the morning breeze. And it’s become something of a hymn to me. I murmur it as I make my morning moving meditation amidst the trees. A way to connect each time with the wonder revealed to me, even in this small swatch of woodland.

This experience got me thinking about hymns. Even those of us who never attended church or another place of worship, often find the religious songs we learned at school, at weddings and funerals, Christmas carol services or even football games, to be rousing, moving or resonant.

Religious music can be a truly wonderful thing (not a hot take). It uses one of life’s greatest and most profound gifts – music – to exalt something other than ourselves. The patterns, flows and dynamics of music meet with our brain chemistry and help draw out the secret, unknown truths of our souls. It may be the most elemental form of magic we possess.

But what makes hymns so peculiarly resonant? I think its a combination of nostalgia, repetition and the blend of beautiful lyrics with rousing melodies. Hymns become hymns because people love them enough to keep singing them, year after year, decade after decade.

And I think that’s why Linden Lea has returned to me at this time. A hymn to invoke the magic of the woods and to help me bless the earth for the way it is holding me in these unique times.

I’d like to invite you to reflect on whether there are any songs which evoke a similar response in yourself. Genre, style and origin is unimportant. Maybe it’s a song which held you in a previous season of heartache. Maybe it’s a song which you’d never heard until it was played at a loved one’s funeral, and now it seems to follow you around. What matters is how it makes you feel. Could it be the hymn you need right now, to help you reconnect to yourself, and the music all around you? 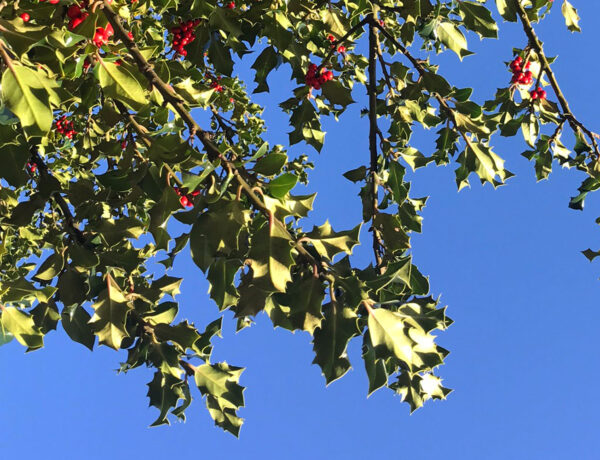 Is all music a religious experience?

A broken milk frother, and the sacredness of everyday things

A blessing for frontline workers