My spiritual journey, and why I’m no longer a Christian

This blog seeks to support people to explore and nurture their spirituality on their own terms. One of the things I often say is that I don’t hold beliefs, only ‘nudges’ about truth, and that’s more than enough for me.

However I often think readers may wonder what this really means, or what my journey of faith has been. So I wanted to share a bit more about my spiritual journey, what I learned from my experience of Christianity and why I’m no longer a Christian.

When I was less than ten years old, I asked my parents whether they believed in God.

My father described himself as an Anglican, who believed that there was a non-specific good force out there keeping an eye on things. My mum talked about the nuns who ran her Irish Catholic school and how cruel they were (I would also learn my mother is in fact a deeply spiritual person in her own right).

I was always fascinated with the concept of ‘God’. A very early memory is of me imagining that the universe had a cardboard roof which, when punched through, revealed the domain of God who looked in my imagination like a big, inanimate stuffed toy (so surreal).

But being that my family were not members of any faith tradition, it was in my teens when I first found a path that seemed to lead me exactly where I wanted to go.

I attended what I now know to be a ‘Christian outreach’ event that a church-going friend had invited me and a group of friends to go to.

After some music and a talk by the youth pastor, we were invited to pray with heads lowered, and the pastor performed what I now know to be an ‘altar call’. He asked anyone who wanted to know Jesus to raise their hands. I felt my arm go up. As soon as it went down, I dissolved into hysterical sobs. I felt people gather around me and begin to pray with me as the music resumed.

This was what I came to understand as my first ‘religious experience. I had given my life to Jesus.

There was a certain inevitability to this.

Members of my close family and friends are devoted Christians from the Evangelical/Pentecostal tradition, so I had gradually come to understand the faith better and deep down I think I knew I wanted in.

After that night, I raced down the path of Christianity with the speed of an Olympic sprinter.

I went to an Alpha course (where you are plied with dinner and great puddings, and someone speaks about an element of Christianity), got baptised and undertook discipleship (when a more mature Christian mentors you). Soon, I was in the front seat every Sunday with voice and arms raised.

Looking back, my faith was very experiential – I believed that faith was something you felt in heart and limb. I’d had my first taste of God in that altar call moment, and I was always chasing more.

I have to be honest, too, about the way in which I accepted beliefs and stances which I would later reject for myself.

The belief that sex was to be saved until marriage, and gay people could only have a relationship with God if they were ‘non-practicing’ in their sexuality. That it was my goal in life to convert others, including by travelling to far-flung countries and ‘ministering’ to the less fortunate.

This was the case for three or so years. But when I hit eighteen, just before I left for university, I hit a bit of a snag. I was hounded by doubts. I felt a conflict between my church life and the antics I got up to with my friends on Fridays and Saturday nights. I think I found that being in the centre of the dancefloor when Work by Kelly Rowland came on felt to me as immediate and life-affirming as the middle eight of my favourite Matt Redman song. Some evangelicals might describe it as ‘backsliding’ (not my favourite term). I was afraid that if I doubted any of the principles of Christian faith, my entire belief system would come crashing down.

I held that tension in my beliefs for a number of years.

When I went to university, my new boyfriend went on his gap year (you guessed it, to do missionary work). In the midst of that deeply intense early stage of young love, I fell back on faith to help me through his absence, along with the many highs and lows of university life. I got involved in Christian Union activities and tried many churches. I also adored my studies, but at the same time the deeply intellectual and critical nature of academic theological study was eroding my faith in what I had been taught about Christianity thus far from many angles. We started New Testament studies by analysing the sources of the gospel revelations and digging for the secrets of the historical Jesus. I loved it all, but/and it was changing the way I viewed my faith forever.

Jesus said it best, perhaps – the house built on sand will not withstand the test of time.

I sometimes think my time as a Christian was built on two things – my emotional experiences of prayer and worship, and my desire to belong. But I was learning these two things are too easily rattled to be the foundations of a set of beliefs.

So, over a series of years, I gradually stepped away from the type of Christianity I had known, and the community I had belonged to.

This possibly awkward transition was smoothed by my being away at university. For a while, I think I languished in a no-woman’s land, unsure where to go next – a common theme in stories of faith ‘deconstruction’. Then my boyfriend and I joined a unitarian chapel, where we were married. Unitarian universalists (real catchy name there) are grounded in the Christian faith but don’t subscribe to the principle of God being a trinity comprising the father, son and Holy Spirit, and they also believe that all faith paths are equally valid. We felt really at home there for a while – in a place grounded in an Anglican way of doing things that felt familiar to us, but taking inspiration from all religious traditions. We later moved away from the area and we haven’t found another spiritual home since.

However, my time worshipping with that very diverse group of individuals was a vital stepping stone on my journey to where I am now.  It taught me that it is possible to chart your own spiritual path.

I have moved from having religious beliefs to having what I call ‘nudges’ – sometimes-hard-to-articulate but profound feelings about the truths of this world. Mine are:

Those are my nudges for now, but I’m fascinated to know what yours are, just as I was when I asked my parents what they believed when I was ten years old.

Sometimes this path can feel a little lonelier than being a member of an organised religious community. It is, in some ways perhaps, easier to receive a complete set of beliefs which you share with others than it is to live in the ambiguity of an individual spiritual path with no set course. But it is what feels right for me.

And just as I did during the Christian part of my journey, I continue to seek direct spiritual experiences – I consider myself a bit of an aspiring mystic in that way – and draw upon any and every source of inspiration I can find.

I still feel a sense of grounding in the Christian tradition and feel a deep respect for many of the Christians who have been part of my journey. My love of the Bible, as a container for thousands of stories of what it means to be human and live in community, remains. I just completed an online course exploring Christian meditation, which I loved.

But I also recognise the ways in which some of the things I was taught were damaging to my sense of self, and are even more so to those who aren’t white, able-bodied, cisgender and/or performing heterosexuality (I say performing as it’s a title I no longer think accurately describes the totality of my own sexuality, but was able to perform to those around me in those days). I also think recognising the traditions we are culturally grounded in is an important part of decolonising the ‘spiritual buffet’ approach that many white spiritual seekers are tempted to take, sampling from other cultures without being grounded in those traditions. I believe Christianity can and should decolonise itself and deconstruct the damaging social norms it has collected over the centuries. But equally I know some ex-Christians need to move completely away from the tradition in order to safely be themselves, and I respect that 100%.

I wanted to share this with you as it is an important part of my spiritual journey. I wouldn’t be who I am if I hadn’t been through it.

Now, I spend my time writing blessings, reflections and other resources that I hope will inspire people to explore and nurture their spirituality on their own terms. While it feels quite vulnerable to share this part of my story, I do want to honour the communities and people that have supported me on my path, even if we don’t share the same beliefs anymore. We are each of us on a spiritual path which we will walk all the days of our lives.

The road goes upwards towards the light; but the laden traveller may never reach the end of it.” 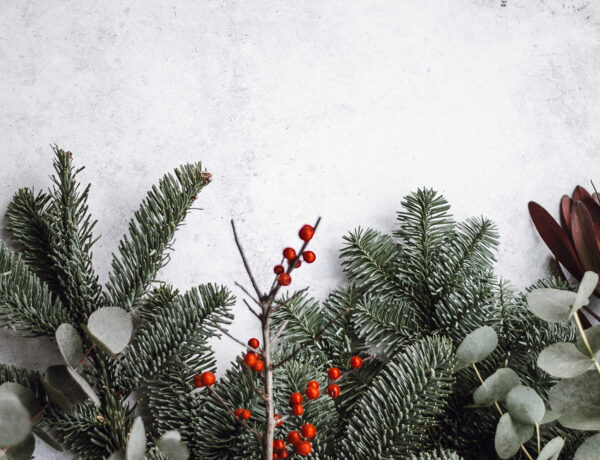 The spiritual magic of advent

On coronavirus and keeping your faith in humanity

A blessing for a difficult relationship with a parent or parents

Walking in my neighbourhood: a hymn Praise the st

The leaves are turning to gold, the arils are ripe